If you are wondering who the best Chelsea midfielder players are throughout the club’s history, follow the article below to figure it out!

The Blue is a football club that was founded in the year 1905 in West London. This football club is one of the oldest English football clubs which is still playing in the highest tournament of the UK football league the EPL.

The England football club has won many honors during its glorious days. This glorious victory has had the contribution not only from the former owner Roman Abramovich but also from a variety of players, especially the contribution of midfielders. In the article below, we will introduce the five best Chelsea midfielders of all time. Let’s see it together!

Here is the list of current midfielders in Chelsea 2022:

The midfielder is an extremely important position for not only the football club but also a variety of football clubs nowadays. Frank Lampard is have joined the Blues in 2001 from West Ham United and he is one of the best Chelsea midfielders who scored the most goal in the team’s history. During Lampard’s career in the Stamford Bridge stadium, he scored 211 goals for The Blue as a midfielder.

It can be said that The Blue player was famous because of the free kicks which no one could conquer. He is a midfielder that every manager wants to have on their lineup squad. Frank Lampard played a big part in the club’s development as one of the top 4 Premier League giants in the early 2000s.

In addition to his technical and tactical ability, his tenacity has made him one of the greatest players in Premier League history. Fabregas is considered the King of assists while he was in Arsenal. And he had made his mark once again at The Blue. Because of his great tactical vision, he always shows his potential skills in every match. One of his outstanding assists is for  Andre Schurrle to score against Burnley in 2014.

Fabregas became the best Chelsea midfielder in the 2014 – 2015 seasons. At that time, he had 18 assists for the Premier League champions. It was more than David Silva, Mesut Ozil, and Juan Mata combined. Kante is one of the best Chelsea midfielders 2022 that every manager wants to have on their team. He always knows how to cover the field and does extremely perfect in any test which is being asked by the head coach. The current The Blue defensive midfielder is friendly with every member or fan outside the field.

Ngolo Kante is not only the best Chelsea midfielder but also the number one candidate for defensive positions in the France national football teams. He won the Fifa World Cup 2018 champion with France in Russia and the 206 English Premier League with his old football club Leicester City. 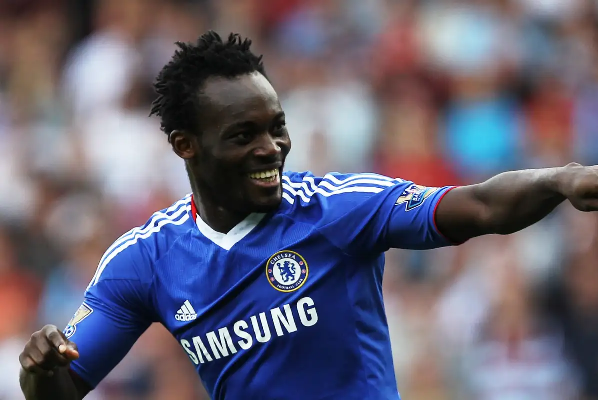 Essien is one of the best Chelsea midfielders of all time. The Ghana international player joined the Blues in 2005 and became an important part of Jose Mourinho’s system. As a professional player, he won one Champions League, two Premier League titles, four FA Cups, and one League Cup before leaving the club in 2014.

Essien’s football skills allow him not only to play at the midfielder’s position but also in the right defensive wingback position. The ex-Chelsea midfielder was still outstanding until the knee problems force him cannot play football anymore. Jorginho is Chelsea best midfielder in 2022 and used to represent Sarri-ball style. The player is still often criticized when the home team does not play well.  However, Jorginho proves he doesn’t need Sarri to be a truly useful player. He was nominated for the Ballon d’Or after winning the Champions League and EURO in the same summer. These titles have made him become one of the top-best lists of Chelsea midfielders of all time.

Jorginho is still a perfect choice for Thomas Tuchel especially when the club has faced a penalty shoot-out. His penalty shooting styles have influenced plenty of professional players around the globe. Mateo Kovacic is a player who has been admired the most by the Blues fans after a tough starting journey.

It was expected that Kovacic would be dropped out of the club after Sarri arrives at Juventus. However, the Croatia international bounced back strongly and was awarded the Player of the Year in August 2020. He has taken himself to the next level and become one of the best Chelsea Midfielders under Thomas Tuchel’s lineup squad. Havertz was born in 1999. He is not only the youngest player ever to debut for the club in the Bundesliga but also their youngest goalscorer. In 2020, Havertz signed for The Blue with a transfer fee of 84 million euros – making him the second most expensive signing after Romelu Lukaku (2021).

These are some of the top-best Chelsea midfielders throughout their history. We hope you will have basic knowledge about one of the big 4 clubs in EPL. To keep updating news about Football Players Chelsea, don’t forget to follow this team. 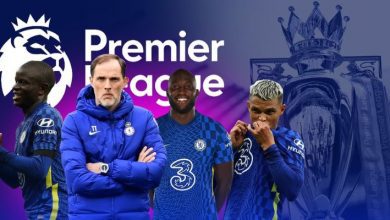