Do you know about Chelsea first black player? What historical events has he left behind in football history? Honestly, Paul Canoville is honored to become a legend with different skin colors in the London club.

The article below will give you a better look at the former player. Let’s follow up! Back in the past, Paul Canoville was the first black player for Chelsea. The football career of an English former legend has always been a ups and downs story.

Here is some information about the winger, let’s see!

Paul Canoville Position at The Blue

Canoville plays at Stamford Bridge from 1981 to 1986 as a potential winger. Currently, the former player has a different status, that is The Blues’ official ambassador on racism.

In the twenty-first century, Canoville is the first black player in the fog of land. Although he had a serious injury, it seemed impossible to continue his football career. Besides that, he is worthy of a hero title against the racist events he faced. The Blues was the second stop in his senior career in the period 1981-1986. He was a victim of negative reception from racist elements amongst The Blue fans.

With a total of 103 appearances, he brought in the “scoring” collection of Chelsea and more awards in his career, such as football League Second Division (1983/84)

The victim of racism in football In 1982, Chelsea’s first black footballer – Canoville faced negative influences and is racially abused. Admirably, that talented player still gives his best on the football field and shows his outstanding talent. Canoville has excellent dribbling and passing skills. In the early stages of his career, the footballer was always humble but devoted a lot to the team.

His presence is a key to unlocking a view of ethnic diversity. It’s been a journey not only on the Blues pitch but also in places where he can fight for equality. “This is where you see the struggles just to put on the Blues’ shirt. You could never have a Didier Drogba or Ruud Gullit managing Chelsea without Paul Canoville.”

Today, in retirement, this black player has received a prestigious title in London. He has been instrumental in helping people understand the meaning of racial respect, which he conveyed through his 2008 autobiography and the Paul Canoville Foundation. Typically, he contributed ideas to important events for Stamford Bridge. 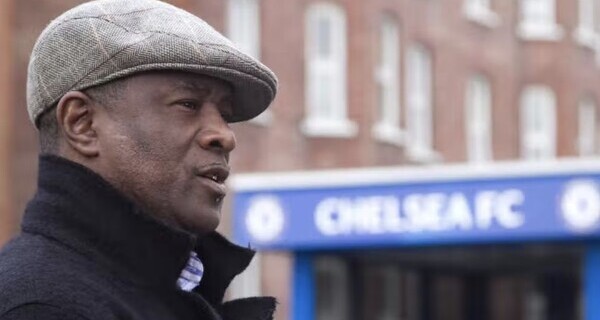 During the mission to help kick racism out of the game, we don’t forget Canoville. Honestly, he became an important element of the club’s buying and selling event in this process. Specifically, the black winger had a meeting with potential billionaire Tom Ricketts at Stamford Bridge to address the issue of racism. He appreciates the understanding and honesty in his vision of an equal and diverse community.

More than that, the first black Chelsea player has experienced so much negativity about skin color in the past that he hopes the club should be owned by a “mindful uncle”. This not only brings The Blue’s civilized development to the championship tournament but also shows the spirit of the team. The great black player Canoville is the central name in this deal.

READ  Is Kante leaving Chelsea? Where is his next stop?

After all this time, the anecdote of ‘ Nah, Nah, that’s been all right.’ and the serenity of this black player became an inspiration to football fans.

On March 24, Canoville is honored to receive the credit of Chelsea Chairman Bruce Buck in meeting son Tom Ricketts to help vet his views on inclusion and diversity, especially racism. Canoville, an anti-racism prior, tweeted:

“So I’ve seen and heard enough. I’m backing @ChelseaSTrust and saying a big fat anti racism NO to the Ricketts bid!!”

The above article also ends with full respect for Chelsea first black player Paul Canoville. He is an inspiration to his career as well as ushering in a new phase of equal football on the pitch. If you love him and other Chelsea players, follow us at Football Players Chelsea to read more articles.

List of Chelsea Brazilian players in the Premier League