Chelsea is a football club that was founded in the year 1905 in West London. This football club is one of the oldest English football clubs which is still playing in the highest tournament of the UK football league the EPL.

The Blues, like every other club, has had many ups and downs throughout its history. Besides the period of poorer performances, this football club has won many honors during its glorious days. This glorious victory has had the contribution not only from the former owner Roman Abramovich but also from a variety of players, especially The Blue goalkeeper.

Every football team needs a goalkeeper and every great football club needs an even greater goalkeeper. For example, Juventus had Buffon, Real Madrid had Casillas, Manchester United had Edwin Van der Saar and luckily enough for the England club, they also had Petr Cech who will forever remain a legendary The Blue goalkeeper top for the club because of his amazing performances between the sticks. Petr Cech is one of the ex-Chelsea goalkeepers. Before joining the Blues, he played for the following clubs: Viktoria Plzeň, Chmel Blšany, AC Sparta Praha, and Rennes.

In 2005, Petr Čech was voted the best goalkeeper in the world. He was a member of the Czech Republic national football team, playing for the national team from 2002 to 2016.

On 30 May 2019, Petr Čech retired from international football after 20 years of competition. professional fight. He is currently the sporting director for the English club. Petr Cech is arguably one of the best Chelsea goalkeepers of all time. His time at the Blues coincided with the most successful period in the club’s history. 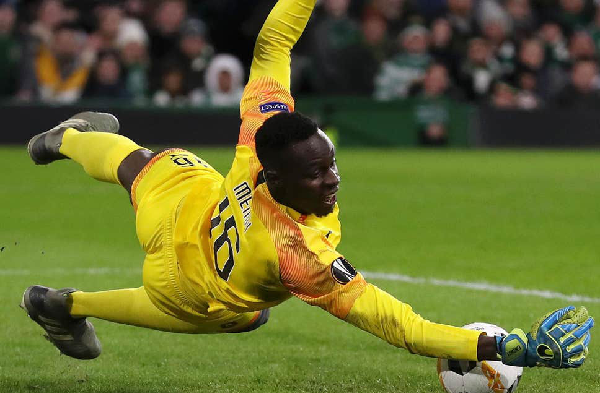 We have to mention the second person on the Chelsea goalkeepers list is Edouard Mendy. Mendy is one of two Champions League-winning The Blue goalkeepers. He standout and became one of the best goalkeepers in the 2020-21 season. Specialty, he only conceded 2 goals in the knockout round.

He is the first African goalkeeper in history to win both awards:

In addition, goalkeeper Mendy also equaled the record for most clean sheets in the UEFA Champions League season with 9 matches and the final to help the club win a second title.

Top 10 Chelsea most expensive signings of all time – 2023 updated In 2021, Courtois joined The Blue for a fee of £8 million and was immediately loaned to Atlético Madrid. During his three seasons there, he achieved remarkable feats. Especially won the Ricardo Zamora Trophy for the best goalkeeper in La Liga. In 2014, Courtois returned to the Blues, where in his first season he helped the team win the League Cup and the Premier League. He joined Real Madrid in 2018 for a fee of £ 35 million, becoming the most expensive goalkeeper in La Liga. Carlo Cudicini is 4th on the Chelsea goalkeepers list. He is still one of the best goalkeepers of all time throughout football club history. Although he had faced plenty of injuries throughout his career, the Italian was a consistent starter for The Blues before Petr Cech arrived. Even after Cech arrived, Cudicini was still considered a number one replacement for Cech while in the Cech Republic Chelsea FC goalkeepers were injured.

At the moment, Carlo Cudicini is retired. However, The Blue’s board of directors offered Cudicini a job after he retired. He can be found sitting in the coach’s section of Stamford Bridge just behind the head coach now.

The last person on the Chelsea goalkeepers list is Dmitri Karine. He was a cult figure for the Blues between 1992 and 1999. During his career as a goalkeeper at Stamford Bridge, he had made a total of 146 appearances making 51 clean sheets thereby having a clean sheet percentage of 35%.

The best goalkeeper was a very impressive keeper helping guide the Blues to numerous Cup finals at that time. During the ’90s the ex-Chelsea goalkeepers were part of a team that was constantly 5th or 6th in the Premier League table thereby posing no big threat to the likes of Liverpool and Manchester United.

The goalkeeper is known to be the person who holds a great deal of responsibility and is half the power of a team. In both the past and present, the Blues own excellent goalkeepers.

These are some of the keepers in the Chelsea goalkeepers list throughout their history. We hope you will have basic knowledge about one of the big 4 clubs in EPL. Don’t forget to follow Football Players Chelsea to update more news about this team.