The future of Chelsea’s young and talented football star Christian Pulisic in West London is currently in doubt. Although it was a bit of a rollercoaster, Emerson Palmieri’s £15m transfer to West Ham United appears to be going through.

Do you want to learn more about this talented young player’s future? Continue scrolling down our blog post to learn about Emerson Palmieri transfer news! Before discussing the Emerson Chelsea transfer news, let’s look at his profile.

Emerson is skillful, boasts a decent range of passing, and reads the game effectively – according to his Chelsea bio.

The talent is frequently a left-back and is well-known for his endurance, athleticism, physical attributes, and technique, helping him become a valuable offensive asset. He is renowned for his ability to slip passes to teammates and deliver crosses to the penalty area.

He enjoys moving ahead. The athlete is highly recognized for challenging and defeating his opponent while showcasing his exceptional speed, balance, and dribbling abilities.

Emerson football player is also flexible and can perform as a wide midfielder on the left flank or as a wing-back. Sometimes, he even competes in a more advanced position as an offensive winger.

He’s not hesitant to make use of his height, 5 feet 9 inches, and his cunning has led to many of his side’s fouls.

His speed can get him out of tight spots on the other end of the field, and his defensive statistics from the previous season are on par with the best in Serie A. He is particularly effective in one-on-one scenarios. According to reports, West Ham agreed to sign a five-year contract with Emerson for a deal worth £15M ( £13M up front with another £2 million in future add-ons). This sounds like a significant investment from West Ham.

The transfer is considered ​​one of the intriguing events as West Ham United chased Chelsea Emerson Palmieri during this transfer window.

According to sources, Emerson’s salary at Chelsea could be set for a wage £70k-a-week, being boosted to nearly £100k if he moves across London. Emerson seemed to struggle when finding a place in Chelsea’s first team over the last two seasons. He has made only 71 appearances across all competitions in a five-year stint at Stamford Bridge.

With a £15 million transfer deal, The Irons have pulled off a decent signing here. Maybe the team will unleash the full potential of the former Roma man.

This athlete was born in Santos, Brazil, the child of Reginaldo Alves dos Santos and Eliana Palmieri. He and his sibling Giovanni Palmieri dos Santos were born into affluent families in Sao Paulo, Brazil.

Growing up, Emer and his family had an intense closeness that led to frequent gatherings on essential occasions. The gifted athlete is of mixed race, holds dual citizenship in Brazil and Italy, and professes Christianity.

Palmieri received his academic education at the municipal colleges in his hometown. As a result, he excelled in his academic, athletic, and extracurricular endeavors. Emer and his childhood sweetheart, Isadora Nascimento, have been dating since they were teenagers. They have talked about their relationship in great detail. The hot Latina is regularly seen cheering for her “love” during his bouts. When they first met in Brazil, their relationship started. They regrettably broke up a few years ago.

In October 2020, this football player shared a photo of himself and Thaiany Xavier together and then revealed their connection on social media.

She has a five-year-old girl with her former relative. Currently, Thaiany Xavier and Emer have a kid together. Emerson’s son Bernardo was born on September 28, 2019.

With more than 200,000 followers on Instagram, the famous man is active there and frequently shares amusing occasions from his life.

Hopefully, our information mentioned above about Emerson Palmieri transfer news was helpful for you. Please visit our website, Chelsea FC Players, if you would like to update Chelsea players’ news or learn more about the transfer histories of this club.

List of Chelsea Brazilian players in the Premier League 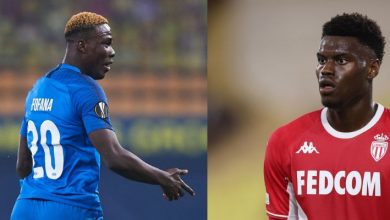